Does My Hyperactive Dog Have ADHD..?

As awareness of ADHD increases in children, I’m occasionally asked if dogs can suffer from the same attention deficit disorder with hyperactivity. 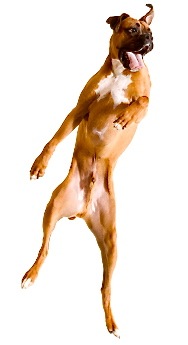 Technically, the answer is ‘yes’ – but it’s very rare. It’s unlikely your hyperactive or reactive dog has ADHD but either way, I can help…


There are rare cases when evidence does seem to support a diagnosis of canine ADHD. However many common conditions can be confused with combined hyperactivity and lack of attention. For it to be a case of ‘Dog ADHD’, both attention deficit and hyperactivity must be present at the same time. Here are a few examples of dog behaviours that aren’t strictly speaking ADHD but might well seem to be. (They can all be much improved by following the right advice)

Interestingly, the true test of ADHD is to give the dog a prescribed stimulant, under controlled clinical conditions, whilst observing changes in heart rate, respiratory rate, and behaviour. For a dog with ADHD, these parameters are reduced. (Yes, you did read that right: Paradoxically, a stimulant can calm them down, for reasons that we don’t have space for here)

Almost certainly, then, your dog doesn’t have ADHD. It’s probably something much simpler that can be significantly improved, and quite quickly, if you get the right expert advice. If any of the above ring a bell, please get in touch with Dogfather Training and we can have a chat about the best way forward for you. I’m sure I can help!

Incidentally my friend recently told me he’s been diagnosed with a new disorder called ADOLAB. Apparently it’s short for “Attention Deficit… Oh Look A Butterfly!”. I’m sure I’ve seen a lot of dogs that have that…

Graeme Hall MGoDT, ‘The Dogfather’ is one of the UK’s top dog trainers. Based in the Midlands, covering all of the UK. He’s a Master Dog Trainer with the Guild Of Dog Trainers. He’s trained over 5107 dogs and is recommended by vets. He’s frequently featured on TV, radio and in the press.

RT @adambaileyrandr: Hi everyone please share urgent!! If you know anyone with land near the sp8 area the rescue has been let down big time…
h J R
Follow
Go to Top