How To Get Your Dog To Listen To You

The Dogfather Guide to Stopping Climate Change, Eradicating Nuclear Weapons AND Get Your Dog To listen To You. All Before Teatime Today! 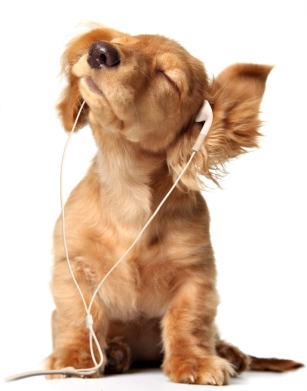 I do have a little confession to make here, dear reader. I probably don’t have any sensible answers as to how to fix climate change before teatime and I’m not so sure that I know much about weapons of mass destruction either (just like the politicians!) BUT if you need help with dog training, I’m most definitely your man!

They’re funny things, dogs – and so is dog behaviour. Dogs have a sense of smell that’s been estimated as thousands of times more sensitive than ours (who worked that out?) and yet they spent half their time sticking their noses near each others bottoms and sniffing out vile-smelling dead things. How does that work? (Actually I know exactly how it works, but I won’t enthral you with the whys and wherefores here.)

Similarly, their hearing is so acute that it’s estimated they can hear sounds at roughly four times the distance of humans, so a sound that you can hear at twenty metres, a dog can detect, pinpoint and interpret at eighty metres. The well documented exception, of course, is when YOU call them from three metres away whereupon they are instantly struck with a mysterious kind of profound deafness. Funny, that!

Have you ever had the feeling that if your dog were a human, he’d be stood there with his fingers stuck in both ears singing “La la la la” very loudly in an effort not to hear you? You’re not on your own as when clients call me for dog behaviour or dog training help one of the phrases I heard most often is “My dog doesn’t listen to me”. Most dogs can, of course, hear perfectly well, but it’s more a case of “Talk to the paw cos the face ain’t listening!” (Incidentally, if you’re worried your dog really is deaf – not uncommon in older dogs – then try waiting until they are facing away from you and make a distinctive noise such as clapping your hands and watch for a reaction. If in doubt, check with your vet.)

So, how can you get your dog to listen to you more? I’m asked this lots, so here are three dog training tips for you:

So there you have it – three ways to have a better relationship with your dog – and who doesn’t want that? Oh.. One last teeny weeny confession: Actually, it may take till after teatime today to fix all of your dog behaviour problems – but if you’re a Dogfather client, you really will start seeing improvements the day after you start. That’s one promise I can keep.

If you’d like to hear how I can help you with a dog behaviour problem – or even better –  how to avoid one – please contact us.

Based in the Midlands, Graeme Hall (Graham Hall) works all over the UK. Dogfather offers one to one dog training and puppy training.