You are here:
Dog Blog 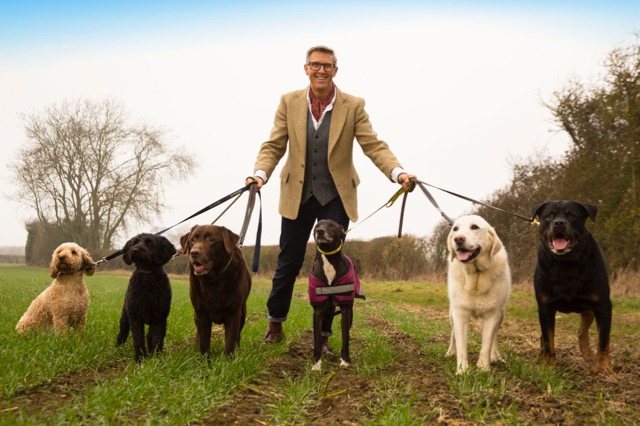 The programme sees television’s Dogfather tackle Rome – an out of control 71 kilo Great Dane from South Shields who intimidates all in his path. In Weymouth, Addie is a jealous Poodle who hates his owner’s boyfriend and attacks him on sight. Gus is an escape artist Labrador who can open any doors and steal food from the oven in Warrington, meanwhile over in Liverpool, Dexter – a raging Westie and Winston – a battling British Bulldog – have waged war over territory.

For Graeme, solving the underlying issues is often as much about dealing with the owners as it is their dogs. Over the course of the programme he has to get a couple to reassess their own relationship and with it the messages they are sending out to their dog; help a nervous owner overcome a crisis of confidence that has her left battered and bruised; and force one family to rethink their entire living situation.

Meet Mabel, one Dogfather Super Fan limbering up on her morning walk! Who wants to caption this one? Thanks 📸 Ama… https://t.co/1b06QTlSR5
h J R
Follow
Go to Top